All Posts
By Nathan

Celebs and The NFT World 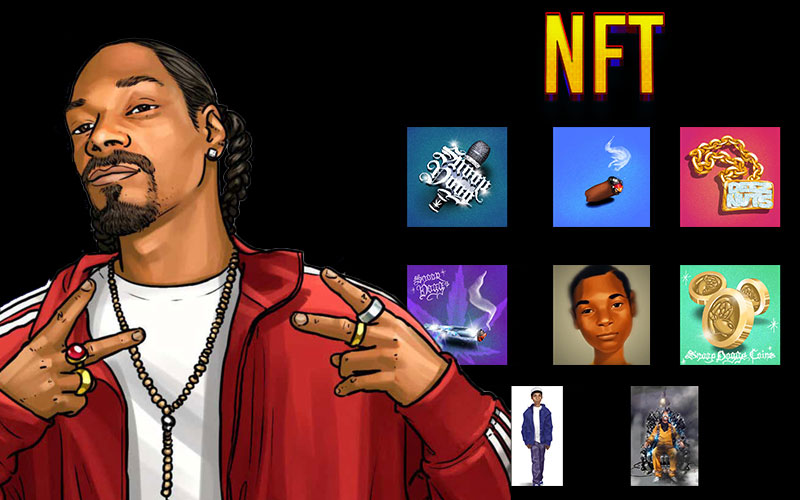 This number will increase in 2022 as more people view NFTs as investment possibilities, social status symbols, and a means to support artists. Usually, celebs are trendsetters, and it's no different in the NFT space. Here are seven celebrity movers and shakers in the NFT world.

Paris Hilton. The TV personality has been involved in the crypto world since 2016 and is a big supporter of NFTs. Paris Hilton collaborated with designer Blake Kathryn to launch an NFT collection in April 2021. The project delivered three pieces, with two of them offering multiple versions. The collection sold out, bringing in over $1.5 million. She has an impressive portfolio of NFTs, owning over 100 items. Her portfolio includes NFTs by Grimes, Steve Aoki, and a Bored Ape Yacht Club (BAYC). In October 2021, Paris Hilton made her appearance in the Metaverse with the launch of Paris World, an online party island. Featuring a mansion, nightclub, and an Amusement Park, users have access to a luxury yacht and can buy virtual clothing belonging to Paris Hilton. Paris World went live in October 2021 on Roblox Gaming Platform.

Gary Vee. Gary Vee is a celebrity born out of the Social Media era. As a media mogul and motivational speaker, he became involved in the NFT space after buying a series of Crypto Punk NFTs in 2021. As a fan and supporter of NFTs, Gary Vee owns over 1000 NFT assets and is one of the biggest influencers in the NFT space. In 2021 Gary Vee launched his own NFTs with the VeeFriends project releasing 10,255 hand-drawn NFTs. The collection was instantly successful and netted Gary Vee over $30 million. VeeFriends is one of the best-selling NFT projects in the short history of NFTs. In addition to artwork, the collection offers utilities such as an attendance pass to VeeCon, a conference featuring notable keynote speakers.

Snoop Dogg. Snoop Dogg launched his own NFT project in April 2021 with the release of "A Journey with the Dogg." The collection brought memories from his early self and art inspired by the NFT movement. The sale lasted 24 hours, with one piece called "Death Row" fetching over $108k. And in November 2021, the musician launched a new collection consisting of audio and video components. Created by the award-winning artist Coldie, it was auctioned for more than 188 ETH on the SuperRare marketplace. Snoop Dogg is a whale in the NFT space as the owner of a series of NFTs worth over $17 million. He holds NFTs by Crypto Punks and Meebits, with the most valuable Crypto Punk NFT worth $4.6 million.

Steph Curry. Steph Curry is a professional basketball player playing in the NBA. Like many celebrities, he is an investor in NFTs. In August 2021, Steph Curry spent 55 ETH to purchase Bored Ape #7990. Since then, Bored Ape Yacht Club (BAYC) has risen to 90 ETH. Steph Curry also owns NFTs by Adam Bomb Squad, Doodles, Mutant Ape Yacht Club, and many more. News revealed in January 2022 that Steph Curry bought two NFT Golf Memberships from LinksDAO, which saw the immediate doubling of LinksDAO NFT price. As well as being an NFT collector, The NBA star has his own NFTs with the release of The Genesis Curry Flow collection. It launched in December 2021 to celebrate his all-time 3 point record achievement.

Mark Cuban. Mark Cuban is a Celebrity entrepreneur with a fortune worth over $4 billion. Fully onboard with Crypto and NFTs, his NFT collection value exceeds $500 million. As well as purchasing NFTs, the entrepreneur has invested in platforms such as OpenSea and SuperRare, marketplaces for people to buy and sell NFTs. Mark Cuban is the owner of the NBA team Dallas Mavericks, and in November 2021, Mavericks started to issue NFTs as a reward to game attendees. Twenty thousand profile pictures of players are given to the spectators in non-fungible tokens (NFTs) at each game. One of the early adopters of NFTs, in January 2021, Mark Cuban, launched his own set of NFTs on Rarible.

Eminem. Marshall Mathers, in January 2022, bought a Bored Ape Yacht Club NFT for over $450,000. He joined other celebrity Bored Apes owners such as Gwyneth Paltrow, Neymar, and Justin Bieber. It's thought Eminem owns as many as 166 NFTs from 32 collections. Eminem released an NFT collection in April 2021 through the Nifty Gateway marketplace. Called "Shady Con," it took place as a digital festival with the opportunity to mint Eminem-approved NFT collectibles and instrumental beats from the Hip Hop legend. The collection raised over $1.7 million, and like many celebrity drops, it was a resounding success.

Steve Aoki. Steve Aoki is the Grammy-nominated American DJ and entrepreneur. A vast collector and investor of NFTs, the DJ is also heavily invested in the NFT ecosystem. Recently rolling out the NFT Marketplace OddKey to help creators showcase and sell their works of art. Additionally, he has launched a Metaverse platform called the A0K1VERSE, which aims to bring the real world to Web 2.0 and Web 3.0 through a community membership system. In March 2021, the DJ released an NFT collection through Nifty Gateway, making sales over $4 million.

Many celebrities take NFTs seriously, and the numbers becoming involved are on the rise. They shape public opinion and persuade ordinary members of society to consider buying NFTs. Other celebs who have invested in NFTs include Jay Z, Jordan Belfort, Lindsay Lohan, Ellen DeGeneres, and Logan Paul.